Why I Write About Grief 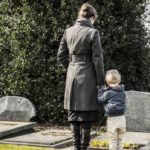 I write about grief and people ask me if I am a psychologist because of the subject matter that I write about.

I am not a psychologist. I am a writer.

As a writer, I started writing as a way of self-expression. As a teenager, I wrote poetry about teenage angst. My teenage angst. Yet, I made this poetry public and won some awards.

After much thought, and losing a bunch of jobs, I decided to write professionally. I set up a ten-year plan which meant getting at least one piece published, get my degree, and earn some money as a writer.

Within 5 years I had my degree in journalism from Suffolk University in Boston, had several articles published, and was earning my living as a technical writer. A technical writer tells you how to pick up a pencil in 53 steps or less. Not glamorous but I was writing. As a freelance journalist, I wrote about hospice and grieving.

When I became a widower I naturally wrote down what I was going through. Writing is my private therapy. I was observing what I wrote and what my mind and body were going through. It was fascinating how I reacted to grief. Through research, I found that my observations of the grief process were in line with what the professionals were saying.

People also ask if talking and writing about people dying, and grieving is morbid.

I don’t think so. It is the continuum on the scale of life. A pregnant woman has professionals to help bring a life into this world. That baby is vulnerable and needs help just to survive. The other end is those adults who are dying. They are vulnerable and need help as they transition out of this world. The baby and the dying need compassionate people who will be there for them.

I love being around babies, and the elderly. They both need respect and recognition.

When I go to the assisted living facility (ALF) to see my 93-year-old mother, I smile and wave at the residents there. They look old, they are in wheelchairs, their hair is white, and their faces wrinkled. But, behind each face is a person who was an engineer, a doctor, accountant, a CEO, a motorcycle enthusiast, a housewife, a mother or father, or a writer. They are still people who need to be recognized.

Writing about grief is not morbid. It is a process that most, if not all, or us will go through. We will lose a mother and father, maybe a sibling, a spouse, or a child. Death is inevitable and everywhere. Senseless or compassionate. I write about healing to help people who are left to grieve and remember their loved ones. It is part of me as a writer and a human being.