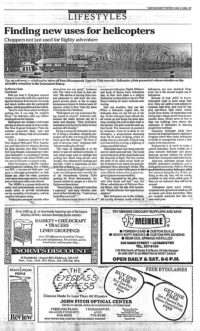 First, you hear it. Eyes peer upward trying to locate the craft. It’s a speck but approaching fast. It lowers, hovers, turns and slowly settles onto the parking lot surface, hurtling sand toward spectators.

“Sand is what I hate about landing in parking lots. It can clog the engine’s filters,” the helicopter pilot says before shutting down the engines.

Helicopters are modern workhorses serving in diverse areas to help society. The New England Helicopter Pilots Association presented these facts and more to the Rotary Club of Leominster recently.

John A. Anderson, president of the New England Helicopter Pilots Association and chief pilot for Aviation Services for Dad General, flew Data General’s Bell Long Ranger, a six-passenger executive helicopter, to a Leominster Rotary Club meeting to talk about NWHPA and the uses of helicopters in society today.

Chris Harrington, a NEHPA member and Leominster resident, flew a Robinson R22, a two-person helicopter and gave a videotape presentation on helicopter use. After the video, questions were taken from organization members before helicopter rides were offered.

The NEHPA is a group dedicated to safety and professionalism among helicopter pilots, to provide information on the versatility of helicopters, and the need for helicopters today.

“Helicopters are most valuable when alternative are not good,” said Anderson. The value is in door to door service. His service is moving Data General personnel to and from the company’s several plants. A trip to Logan International Airport in Boston takes 20 minutes. A trip to New York City takes 120 minutes from Westboro.

“Helicopters are not economical flying airport to airport,” Anderson said, “because the major airlines can do it faster and cheaper. They (helicopter owners) are paying for the ability to land and take off vertically.”

Flying a corporate helicopter is similar to being a chauffeur, dropping passengers off in the morning and picking them up in the afternoon. “We have to wait in between time,” Anderson said. “It beats working for a living.”

The value of helicopters is in the ability to take off and land vertically, in very small areas such as rooftops and parking lots. Fixed wind aircraft nee straight, clear distances for landings and take-offs, which is impractical in New Your City or Boston.

Anderson and Harrington were able to set tow helicopters down on only half of the Monoosnock Country Club’s parking lot. From Monoosnock, Anderson carried six people at a time for flights over Leominster.

“Breathtaking. I enjoyed it more that I expected,” said Jerry Cormier, President of Ruel Electric Inc. “I had always looked forward to it.”

Data General is not alone in its use of corporate helicopters. Digital, Millipore, and Bank of Boston have helicopters also. In New York, there is a heliport (helicopter landing site) on top of a Wall Street building for easier business commuting.

Like any machine, they can fail. When a helicopter engine fails, the helicopter does not just gall out of the sky. As the helicopter loses altitude the air rushed up and keeps the rotor spinning, enabling the craft to glide close to the ground. The pilot turns the craft up, the lands. This maneuver is practiced by Anderson when he is alone in the helicopter, a preparedness stemming from his 32 years of flying, which includes time as a test pilot. A fixed wind craft has to find a runway, a highway7, or a long, open field to land.

“Very impressed by the pilot, busy with both hands and feet,” says Jim Oliver, administrator of Fairlawn Nursing Home, after his ride over Leominster. “Whole different view that from an airplane.”

Because of their ability to hover, helicopters work in more areas than ever. They are used to rush patients to the hospital, fight fires, haul trees for logging operations, fight crime, rescue people from floods, oil exploration and setting high voltage power lines in inaccesi9ble areas. Recent hew of fires in high rise buildings has shown the usefulness of helicopters in rescuing people from rooftops.

Corporate helicopter pilots have formed the Regional Disaster Assistance Program where they make helicopters available in emergencies where a helicopter is the only answer.

Engineering is at work to make a quitter helicopter. Some models are a cross between a helicopter and a plane, featuring upward rotation for vertical liftoff, then horizontal rotation for flying.

Anderson address groups about NEHPA, helicopter’s usefulness, and to build good community relations. Having good relations makes helicopter pilots feel welcome flying the city. If they are flying in the city they will be readily available to help when called upon. If they’re not welcome, they will not be around.

Helicopters serve man’s military, corporate and agricultural needs as well as rescue and crime prevention. They are versatile machines that find new uses each year. 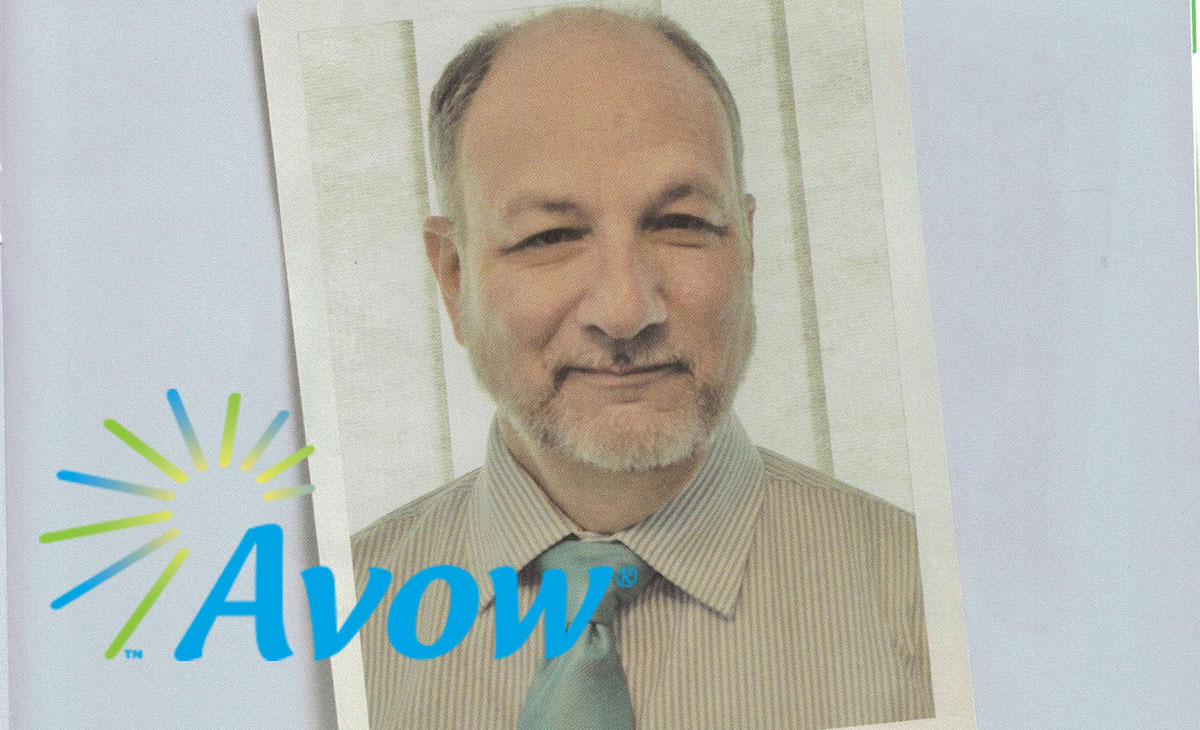 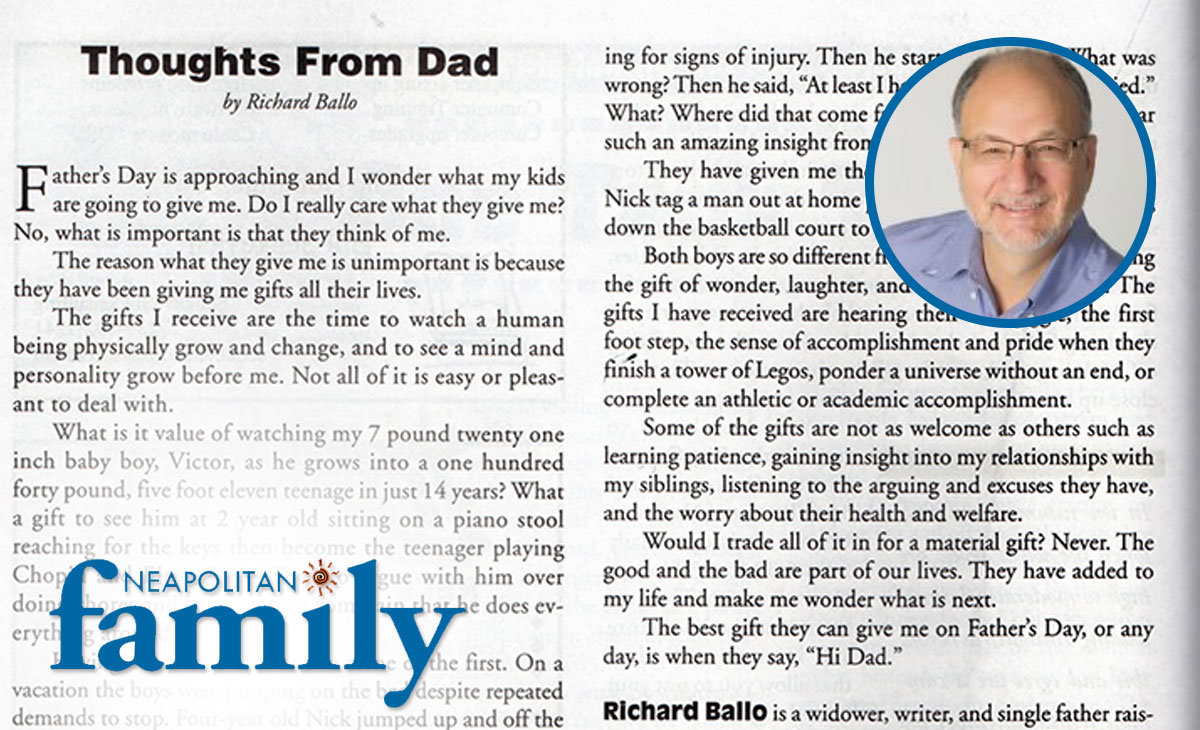 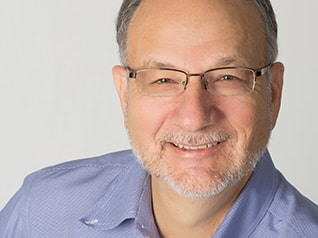 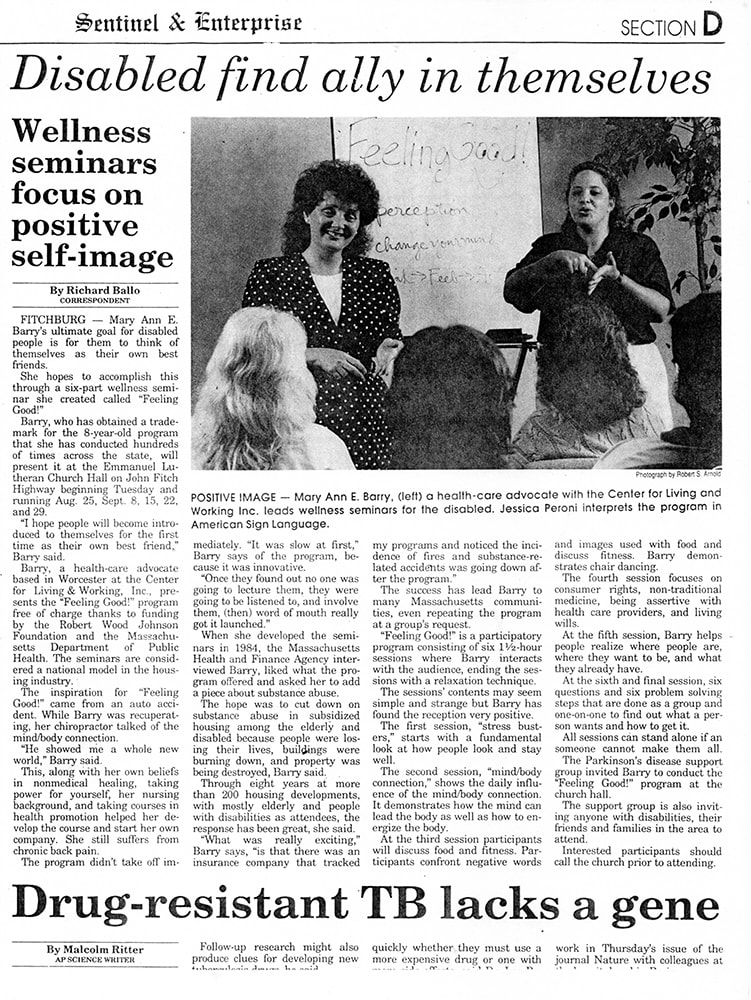 Disabled Find Ally in Themselves